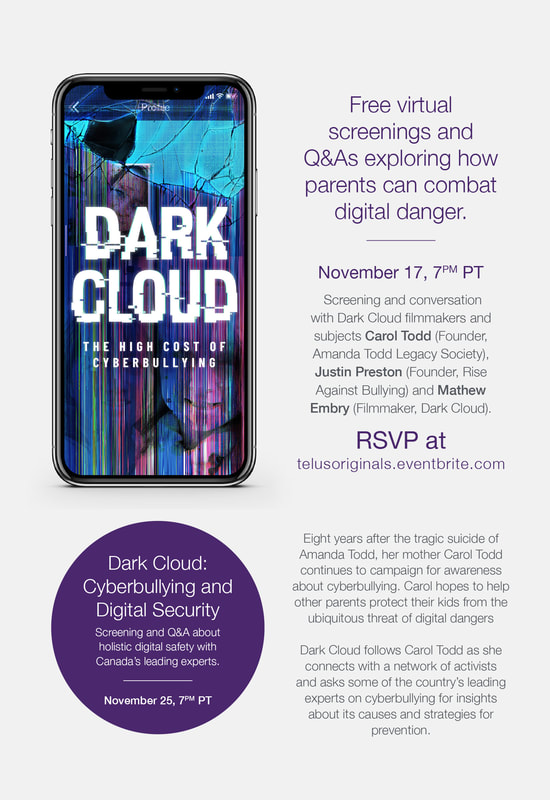 TELUS Wise website - www.telus.com/DarkCloud
Telus YouTube -​ https://www.youtube.com/watch?v=OrnoElVEUTA
DARK CLOUD: The High Cost of Cyberbullying examines a growing epidemic affecting the lives of young people: the toll of cyberbullying, online trolls, and digital antagonism. Told through the eyes of Carol Todd, the mother of B.C. teen Amanda Todd, whose suicide after years of bullying and cyberstalking became a flashpoint for global action and gained her the label “The Girl Who Woke Up the World.”

Directors Holly Dupej (PAINKILLER: INSIDE THE OPIOID CRISIS) and Mathew Embry (LIVING PROOF) follow Carol’s ongoing fight for cyberbullying awareness, introducing us to other characters with similar experiences and speaking with some of the most important anti-cyberbullying experts in Canada as they attempt to find answers in the wake of tragedy.